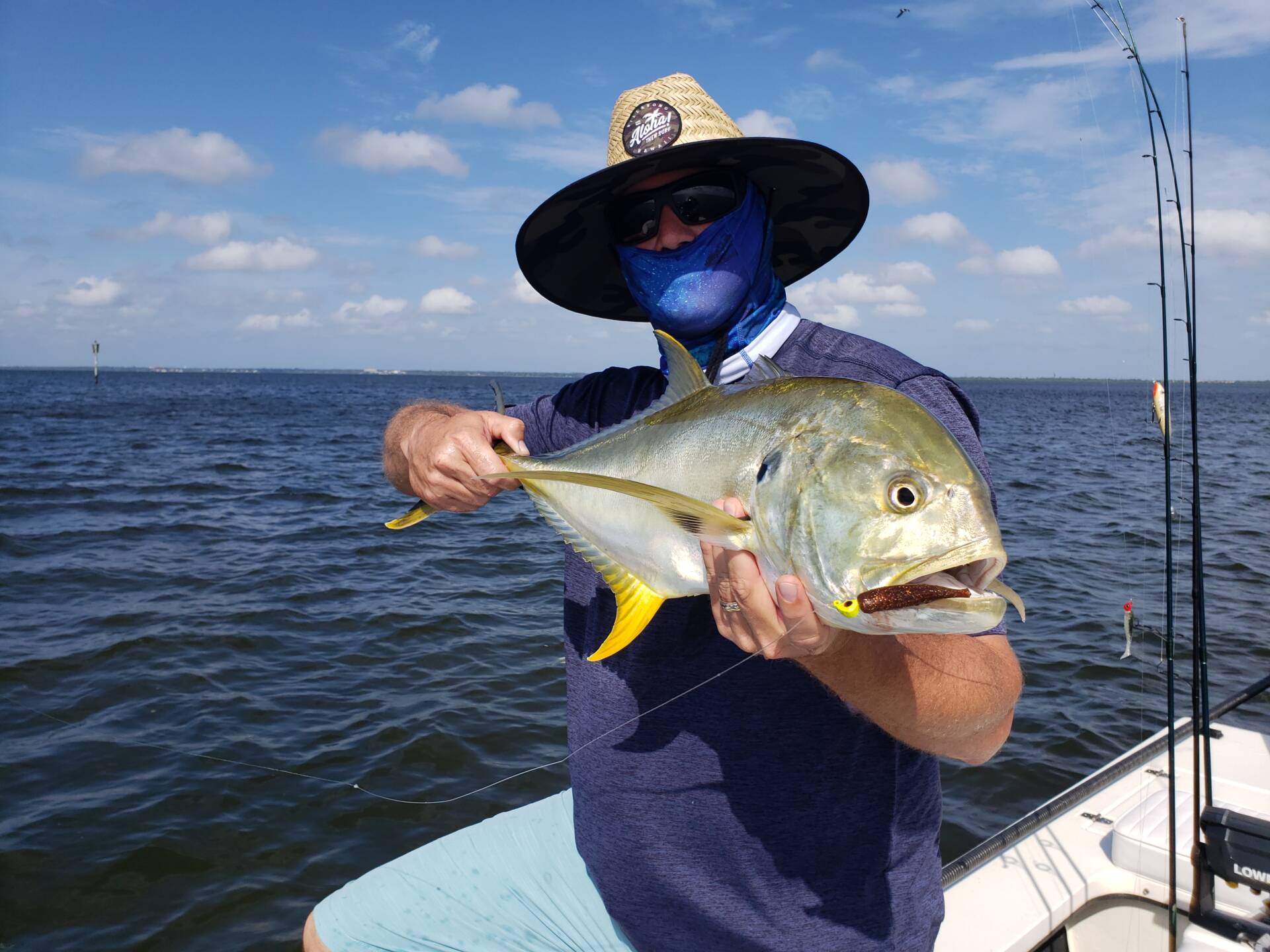 If you’re into big fights, aggressive runs, and totally exciting fishing action – Jack Crevalle are your local grudge fighters ready for the challenge.

For Florida inshore anglers, those in Tampa Bay included, Jack Crevalle are a regular occurrence on the end of your line. These fish come in like a pack of angry wolves, attack baits, and start making your drag scream – a lot of time, out of nowhere. The equivalent of a fish driveby.

While people travel all over the world to hook up with Jack related species, like Giant trevally, some residents turn their nose up at Jack’s.

I think this video “Trash Fish” is one of the best representations of all of the reasons that Jack’s should definitely get more love.

This brings us to the next point, why is it considered a “trash fish”. Well, firstly, this is not the only fish in Florida with the slang term applied. Barracuda, Bonito, Bluefish are all other examples. This term is in direct reference to eating the fish. Those looking to fill coolers, don’t go after and target Jacks and Bonitos, mostly due to the bloodline in the meat.

And this defines our separation of anglers. Those who love the fight and those who love to only catch food fish. I am a connoisseur of both. I love catching huge jack’s, and I used to target barracuda regularly in Biscayne Bay.

All of this is for the same reason that I like to catch Tarpon. Aggressive eats, big fights, and lasting memories. On those same trips, I will cooler load a snapper, redfish, or seatrout to take home for food – but my fishing story will be about the monster Jack – if I am so lucky.

Like Bear says in the above Trash Fish video, “..you really need to look at why your fishing in the first place, if you don’t like what they do.”

I’m not going to even try to convince you to do this. As a matter of fact, if nobody ate fish, it wouldn’t hurt my feelings. That said, I have eaten Jack precisely 4 times in my life.

But I am not the only one to travel down this road. Many on YouTube have documented that journey.

I will say, in my experience, letting it bleed out immediately is the best course of action. The bloodline really fades almost all the way out, and on bigger Jacks – you can cut that away and have a lot of white meat left.

Ok, got all the controversial topics surrounding Jack’s out of the way – let’s get after them.

As mentioned in a previous fishing report by the Captain, ” The jack crevalle are also rampaging the flats, and when a school rips through you better be ready to hold on and listen to that drag scream.”

This is happening right now between early and mid Fall. That said, a Jack can literally appear on nearly any given day of the year. Cold water temps are the only thing they cannot stand, and will either migrate south or move into brackish water rivers to find spring fed comfortable temps.

Jack’s move in large schools. When they are feeding this way, you will generally find them making all kinds of commotion on the surface. If you find yourself next to one of these “smash and bash” feeding frenzies – anything that even remotely looks like a baitfish, and twitches a little, can entice a strike when lobbed right into the frenzy.

Topwater lures are one of the best ways to draw them out. They like to get mad and dominate over anything that can fit in their mouth. A topwater, typically, will induce this reaction. However, suspending twitch baits, soft plastics, and live baits will all entice a Jack under the right circumstances.

If you find yourself targeting big Jacks – bring stout gear. 30lb+ main braided line will be typical, alongside 2 feet of shock leader made of fluoro. You may also want to change out hooks to something more stout than standard, 2 or 3x is fine. But, even tiny ones on light tackle make their presence known.

Come Fish The Mixed Bag Opportunities With Us

Alright, the Captain here at Bag’em Fishing Charters isn’t going to run you out for a day of Jack fishing (unless you really, really want to and ask nicely, ha), but they are part of the amazing mixed bag opportunities that are going on in Tampa Bay right now. Between aggressive Jack’s, big Fall redfish, bruiser snook in the mangroves, and seatrout found in all of the above locations – fishing right now is great.

I highly encourage you to hit the water, and Captain Bucky will be happy to have you along.