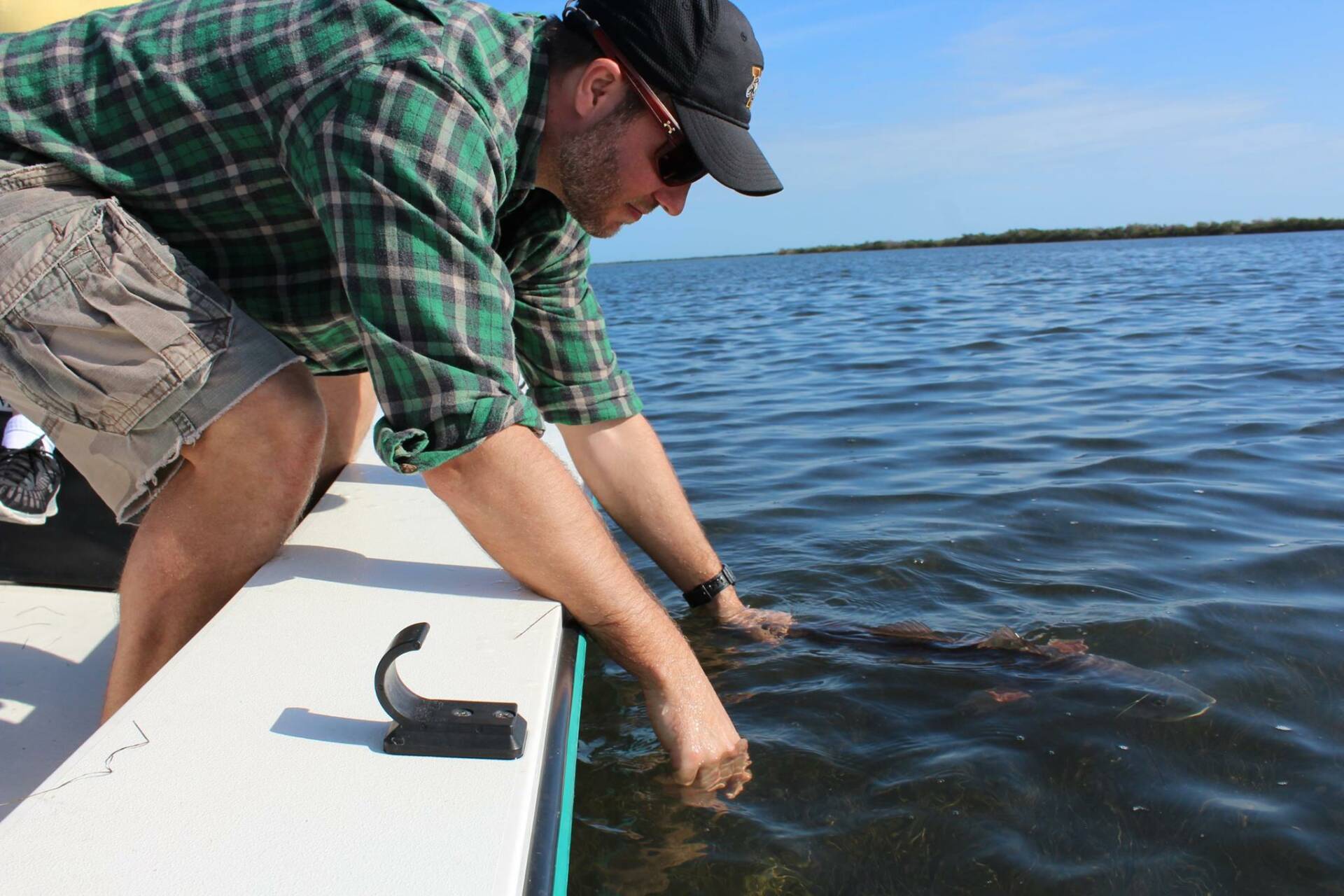 Catching fish on a topwater lure is a special and addicting experience. Unlike subsurface lures, you can see exactly what the lure is doing in response to your rod movements.

Additionally, once you have some experience, you can see the movement of fish stalking the lure in its wake. But nothing is as satisfying as when a big fish swims from below to crush the lure, then the fight begins.

The peak times to throw topwater in the Tampa Bay area are when the fish are most aggressive, this occurs when the water begins to warm up in the late winter and through the fall.

One of the most legendary topwater lures ever created is the Heddon Super Spook Jr., or simply the “Spook Jr”.

This lure is universally regarded as being highly effective at catching a wide range of game fish, everything from trout to tarpon. One benefit of these lures is how far they can be cast, allowing the angler to be further away from target areas and cover more water with every cast searching for those lurking predators.

This lure has over 30 colors to choose from. Although opinions will vary, some of the most popular colors include bone, nickel, golden shiner, and any that include chartreuse.

They come equipped with two treble hooks. Some anglers choose to replace these with two single inline hooks to minimize the downsides associated with trebles.

Usually, this lure is attached to a section of fluorocarbon leader, sized accordingly to your target species. A good starting point is 20-pound leader for trout and redfish and up to 40 pound for snook and tarpon. The knot of choice is the loop knot, which will provide the lure the most action.

The Spook Jr. is worked across the surface of the water using a walk the dog technique. This technique is achieved by starting with a tight line and your rod tip down. In a repeating pattern, give short quick pops with the rod tip. Notice how the tip of the lure will walk from side to side. During this process you reel just enough line to remove the slack. This can be done at a variety of speeds, and include pauses of any duration.

Picking the best target area is the key to successful fishing. Typically you will throw the lure near or over submerged structures, grass flats, or nearby actively feeding fish.

Captain Bucky Goldman prides himself at being able to help his clients catch fish on artificial lures. Book your trip now to get in on the springtime topwater action.